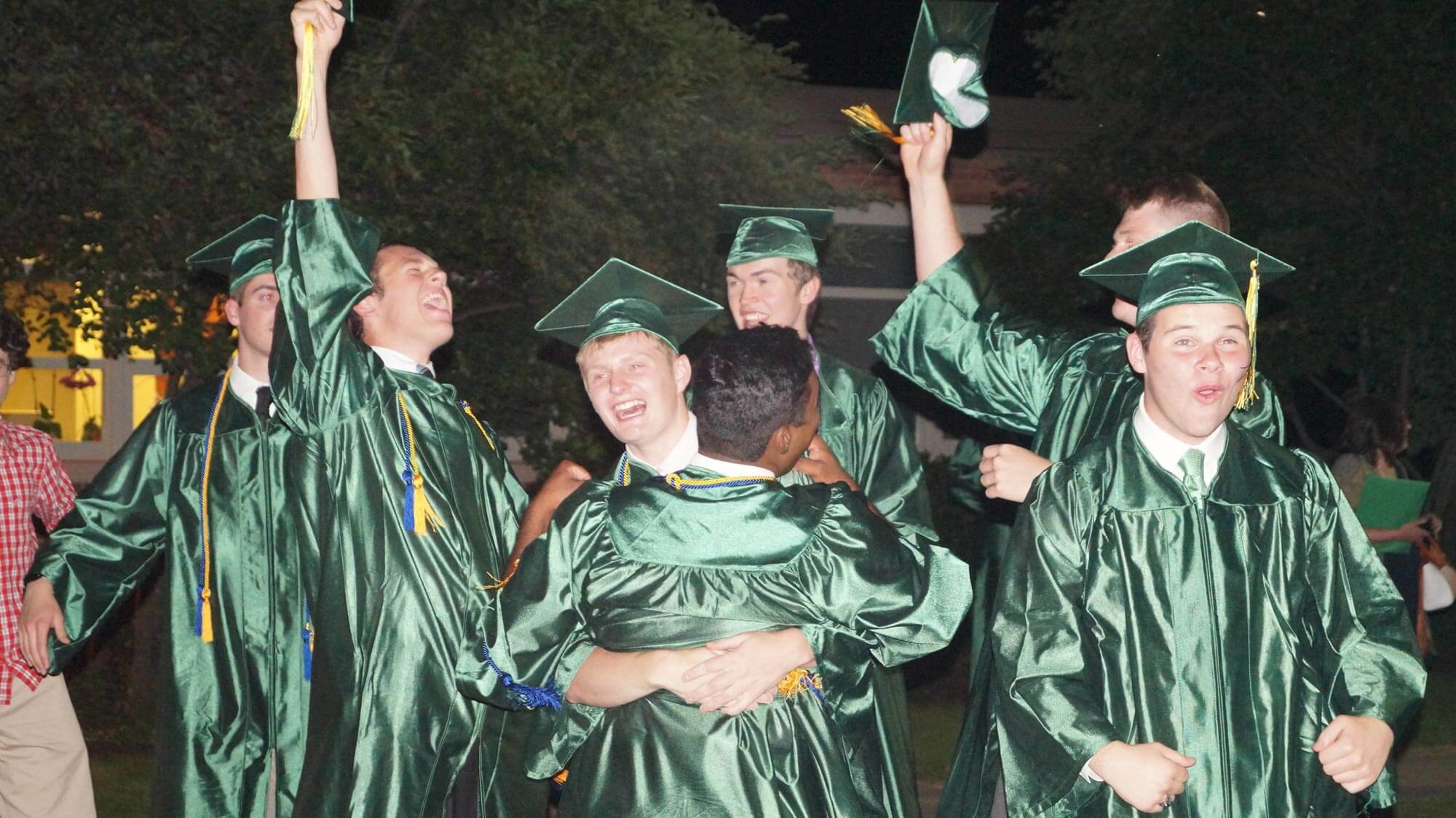 We are blessed and humbled to receive numerous thank you notes, cards, and emails from our students, families, alumni, community organizations, and friends. As proud as we are of our school, it is gratifying to know others also bleed green with Irish pride. Read a few of the following student and parent testimonials and you can see YC holds a special place in their hearts.

“When you wear the York Catholic uniform on a Friday night or on the soccer field, you are a part of an historic program — a program filled with great tradition and success. I am a part of a family that will take care of me while I’m in school and once I graduate. Once an Irishman, always an Irishman.”

“York Catholic sent representatives from their band to lead us in the parade of Olympians, and to lead us in the Star Spangled Banner.  We cannot thank you enough for allowing them to participate.  Those students did whatever was asked of them, and we certainly thank each one of your participants.”

“An extremely self-conscious, awkward, shy, and lonely new girl became a team captain, a Prom Queen, and a person representing her class in giving a public speech because you cared enough to welcome me and encourage me to be whomever I wanted.”

“I not only received an education at York Catholic, I became part of a long-term family that I will forever and always be able to depend on if needed.”

“My daughter is loving the school, support from the teachers and office staff. Thank you so much from the bottom of my heart for all the love, respect and support your staff has extended towards her and myself it is so much appreciated. Bless you and our school….it is a breath of fresh air.”

“At YC, respect is taught.  We graduate students who have morals, Christian values, and who are going on to do great things in their fields.  Last May, when my oldest son graduated, my husband and I looked at each other after the ceremony and agreed that we had 100% made the best decision by sending him to York Catholic and that it was worth every penny.”

“My daughter’s first day was wonderful!  She kept saying just how nice everyone was. To quote her, ‘Mom, even the older kids are nice.  I was lost in the hallway and this older girl came up and asked if I wanted help.’  She was blown away.  I just have such a sense of peace now that she is at York Catholic.”

“My son’s new school can’t hold a candle to the friendships he had at YC. He told me, ‘I’m ready to go home to York Catholic.’”

“The first day I walked through the halls, the students were so friendly and welcoming. This has continued, which makes my experience at this school terrific. YC has affected my life positively as it opened my will to serve, challenged me academically, and taught me what a good person and friend is.”

“Transferring from public school to York Catholic in the middle of junior high seemed like a difficult feat, but YC made the switch as seamless as possible. Right away I was able to realize how right the move was—I only wished I had made the decision sooner so I could’ve spent all my years at YC. Everybody in the YC community made me feel welcomed and comfortable during the move, and helped to ease me into the ways of YC. It was the best decision I’ve ever made, both academically and socially. I do not think I would be the same person I am today if I hadn’t made the switch. I owe a lot to YC.”

“I want to compliment the students I have been working with from York Catholic.  I find these students to be mannerly, courteous, and a pleasure to be around.  I have worked over the years with many different schools and students and you can be proud for the job they do in representing York Catholic.  York Catholic students represent the Lord in their work.  God bless you.”

“I wanted to thank you for the professional, educational, and compassionate care that you afforded my son during his time at YC.  There was never a moment of hesitation for enrolling him or any of his six siblings there.  I’ve always felt that YC was an extension of our family.  It has always been faith-based, education-focused, family-centered and community involved.  I feel confident that my son has learned from YC and will be able to go on to the next journey in his life with that knowledge and preparation.”

Have Questions? We’re Here to Help.

We would love the opportunity to show you around, answer your questions and share more information about York Catholic.
Get In Touch